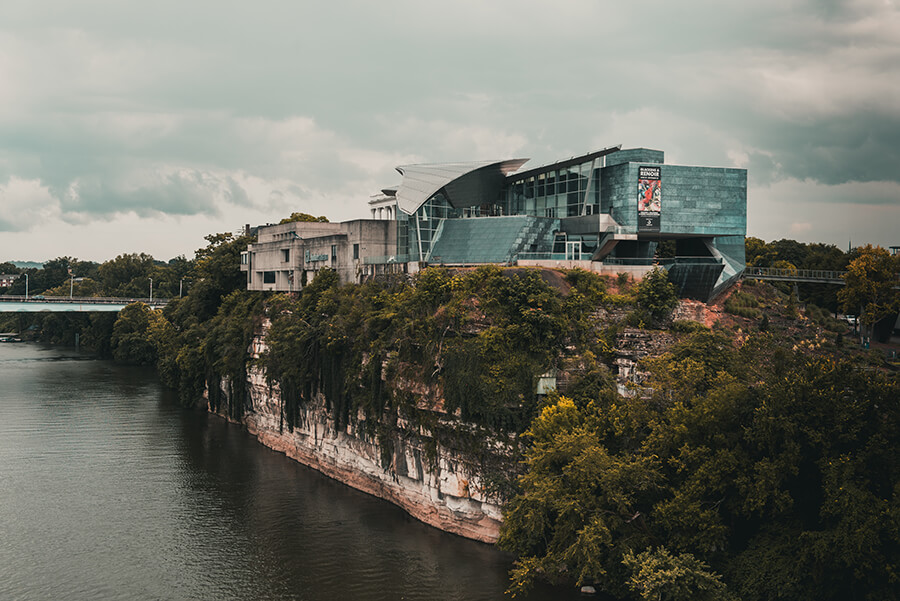 Chattanooga is known as the “SCENIC CITY” No longer simply a place to “See Rock City,” Chattanooga is now a revitalized destination filled with a rich culture and new adventures for all to enjoy. The fourth largest city in Tennessee attracts visitors from across the United States and beyond with its transformed downtown, intriguing Bluff View Art District, stimulating outdoor activities and myriad dining choices. The Scenic City’s intrigue has not gone unnoticed; readers of Outside Magazine recently voted Chattanooga as Best Town of 2015.

Morning- Group travels to the wonderful city of Chattanooga, TN. After arriving you will  meet your tour guide at Ruby Falls entrance. You will enjoy lunch before you embark on a day of fun and adventure.

Afternoon- Your tour will begin with Ruby Falls.

“Ruby Falls is a guided cave tour back to see a 145-foot underground waterfall. The tour guide will point out several different rock formations and geological wonders

“The story of Ruby Falls begins with the original Lookout Mountain Cave whose natural entrance is located at the foot of Lookout Mountain on the banks of the Tennessee River. Tales of this cave’s huge chambers and winding passages have long been passed down from one generation to the next, and the cave’s whereabouts have been known by Chattanooga inhabitants for centuries. The rich history of this cave includes Native Americans, cave explorers, notorious outlaws, civil war soldiers, and even a president of the United States”

Evening- A welcome dinner will be followed by an evening walk on the Walnut Street Bridge.

“At 2,376 feet long, this is one of the longest pedestrian bridges in the world. It connects Chattanooga’s revitalized downtown with the now-thriving North Shore district across the Tennessee River. The views from the bridge of both shores and the river itself are simply beautiful and cannot easily be described… you’ll just have to see it for yourself! “

Group continues to the hotel for check in. Private security comes on duty

Morning- Begin with a nourishing breakfast as you ready yourselves for a creative and exciting morning at the Hunter Museum of American Art. Admission, Explore, Enjoy and Create!

“During a Studio Tour at the Hunter, your students will be able to create art and tour the Hunter in one visit. Studio Tours are led by docents. “

Afternoon- Lunch will be enjoyed at a local restaurant. Depart for the Tennessee Aquarium, where your group enjoys free time to explore. Continue on to the IMAX movie.

Evening- You’ll make our way to your Sunset Cruise for a two hour scenic tour.

“Kick Back & Relax As You Cruise Down The Lazy Tennessee River. See If You Can Spot A Bald Eagle Or Some Blue Heron’s Nest Along The Tour Or Head Up To The Pilot House & Watch The Captain In Action As He Pilots The Belle Down The Tennessee River!”

Return to hotel for a much needed rest!

Morning- Breakfast will be enjoyed prior to check out. Depart for your final tour day. You will begin at the Incline Railway.

“The Incline’s trolley-style cars climb through the natural beauty surrounding historic Lookout Mountain at a breathtaking 72.7% grade – straight up! Sit back, and enjoy the scenic views of the mountains and valleys from the observation windows on the train as well as the panoramic views from the observation tower at the Incline’s top station. Come see for yourself why the Incline is one of the most fun things to do in Chattanooga! “

You’ll follow along the footsteps of soldiers as the Battles for Chattanooga presentation begins.

“Located on Lookout Mountain at the entrance to historic Point Park, The Battles for Chattanooga Electric Map & Museum is the perfect starting point for your tour of the area’s Civil War battle sites. Our spectacular three-dimensional electronic battle map presentation of Chattanooga’s Battle Above the Clouds and Sherman’s assault on Missionary Ridge before his historic March To The Sea. See an excellent relic and weapon collection and peruse the bookstore for well-known works about the Civil War. After you learn about the battles, be sure to take a walk over to Point Park – site of the famous Battle Above the Clouds. The Battles for Chattanooga Museum & Electric Map lets you experience the battles as they were fought over 150 years ago – the battles that sealed the fate of the Confederacy.”

Afternoon- Continue to “Rock City” where you will enjoy lunch under the covered pavilion. Group will enjoy the spectacular views of 7 states from the Ridge. Be sure to have your cameras ready!