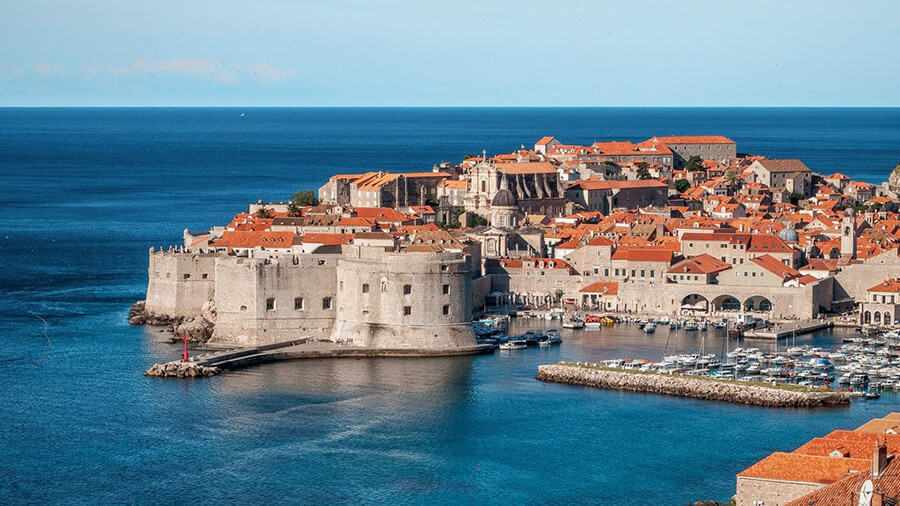 Croatia is a country situated at the crossroads of Central and Southeast Europe, on the Adriatic Sea. Croatia is your Mediterranean dream – sapphire waters, towering mountains, historic old towns mixed with glitz and glamour. From Dubrovnik to Havr, Croatia offers breath-taking natural beauty, charming history, amazing swimming and delicious seafood.

Morning: Departure and flight to Dubrovnik.

Afternoon: Welcome to Dubrovnik! Upon arrival, meet your travel guide and transfer to the hotel. Check in and freshen up.

Morning: After a refreshing breakfast, take a tour into the heart of Dubrovnik Old Town. See celebrated landmarks and learn stories about this quaint town. Walking through the old city gates will be like stepping back in time. See the Pile Gate, Onofrio’s Fountain, Rector’s Palace and Orlando’s Column. Take in the mesmerising sites of the old town and listen to stories and extraordinary facts of the dramatic history of Dubrovnik.

Afternoon: After lunch, you will have the afternoon to yourself. Explore, shop and discover Dubrovnik at your own pace.

Morning: Enjoy a delicious breakfast at your hotel. Today you will explore the Dubrovnik coastline and secret caves  around Lokrum Island on a guided sea kayak tour. Learn the history of Dubrovnik and the curse of the island, formerly known as Ragusa. You will have free time to explore the only beach in the city not accessible on foot and discover a captivating cave. You also have the opportunity to swim, snorkel, enjoy local food and just relax. Afterwards, you will head back along the coastline of Dubrovnik, take in the beautiful sites from the seaside and capture memories of the city’s outer walls in photos.

Afternoon: After lunch, get ready for an exciting adventure, particularly for the fans of the famous series “Game of Thrones.”

“The production company behind the Game of Thrones was inspired with its choice of Dubrovnik as the setting for King’s Landing, the capital city of Westeros. The Old Town’s so striking that it seems to have leaped directly from the pages of George R.R. Martin’s addictive series of novels.”

During your tour, you will be guided through the Old City and places where the famous scenes from the show were captured. Listen to stories and behind the scenes tales about the series and the filming process.

Evening: This evening you will travel to Hvar. Upon arrival, check in to the hotel and freshen up. Find a lovely restaurant and enjoy a delicious local meal.

Morning: Enjoy  breakfast at your hotel! Today you will explore the busiest destination of the island – the dazzling Hvar. You will visit a French Fortress built by the troops of Napoleon, marvel at the Spanish Fortress and take in the magical views of Pakleni and Vis islands. Continue your tour by driving through the countryside and the heart of the island while admiring the beautiful lavender fields of Brusje as well as the magnificent bays.  Upon arrival at the charming village of Velo Grablje, explore stone houses and narrow streets. Afterwards, head to the abandoned Malo Grablje village and, finally, end your tour with a traditional lunch of the Dalmatia region.

Afternoon: After lunch, you will have the afternoon to yourself. Explore, shop and discover Hvar at your own pace.

Evening: Enjoy a delicious meal and return to your hotel for a rest.

Morning and afternoon: After breakfast at your hotel, embark on an exciting adventure to Blue and Green Cave. Today you will experience one of the most distinctive natural phenomena in the world, swim inside the caves and sunbathe on the stunning beaches.

First, stop at the Green Cave located on the island of Ravnik and have the opportunity to swim inside the cave and marvel at the natural colorful light show. Next, continue to the Bisevo Island and the Blue Cave. Afterwards, head to a hidden bay called Stiniva Cove and take a swim through Stiniva Gates – a beautiful cove encircled in stunning rocks. Swim, sunbathe and enjoy this marvelous natural wonder. Continue to your last stop – The Pakleni Islands and have a delicious lunch at one of the best restaurants in the Adriatic. After lunch, you will have time to relax, swim and sunbathe before heading back to Hvar.

Evening: Enjoy a lovely meal at a local restaurant and get a well deserved rest at your hotel.